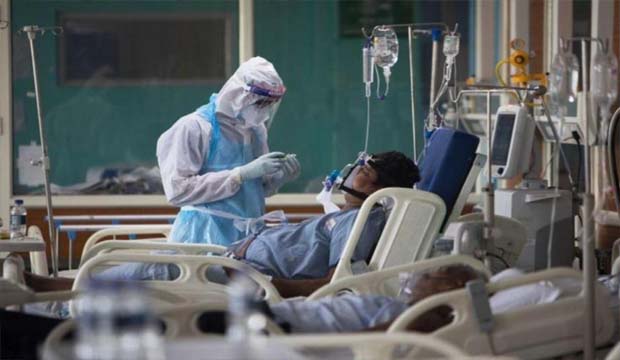 The Telangana High Court had recently pulled the government, directing it to issue fresh orders to rein in private hospitals which are exploiting the crisis by overcharging patients.

“Going to a government hospital was a death warrant, so I preferred a private one, and now they have emptied all our savings,” laments 26-year-old Sheik Imran, a resident of Talab Katta, Hyderabad. Imran’s sister, Tanveer Begum, had contracted COVID-19 and was struggling to breathe. “She was anxious, her condition started deteriorating. Initially, we thought of taking her to a government hospital, but two of my relatives who were admitted in a government hospital for the same illness had succumbed, so we had to make a tough call and took her to a private hospital,” recalls Imran.

On April 28, Tanveer was admitted to a private hospital in Kachiguda. She was shifted to a ventilator bed, Imran says. “Our sole intention was to save my sister at any cost. During the admission I was told the hospital would charge around Rs 60,000. That was a huge amount, but what else could I do? I can’t let her die, right?,” Imran shares.

Tanveer was on a ventilator for eight days. However, her duration in the hospital had to be cut short, as Imran could not afford the expenses. “For the first four days, using the savings set aside for my younger sister’s marriage and loans from relatives, I was paying Rs 50,000 – 1 lakh per day. I ran out of money later, following which the hospital management said that the outstanding bill amount was Rs 4.41 lakh. I had already paid Rs 4.10 lakh. The hospital management simply asked me to get the patient discharged by paying the rest of the amount,” he says.

Imran comes from a poor family, he makes a living working at a footwear store. Unable to clear the bill, he tried reaching out to the Chief Minister Office in Begumpet, to share his grievance and seek their help. However, he was asked to leave the premises and share his grievance with his local MLA.

“I went to meet the Chief Minister because our local MLA was of no help. Then after helplessly running around explaining my plight I negotiated with the hospital, who reduced the bill by Rs 1 lakh. I had paid Rs 7 lakh and brought my sister back home, who has still not recovered despite spending so much money on her health. But what else could we do?” Imran sighs.

In another instance, the same hospital had allegedly refused to give the body of a COVID-19 patient unless they cleared the bill. They too were charged Rs 8 lakh for a week’s stay.

“Our relative was admitted to the hospital for nearly a week. He had an insurance cover, but the hospital did not accept it. For eight days, he was charged Rs 8 lakh, which is a lakh per day. When the patient died, the hospital refused to give his mortal remains, asking us to take the body only after paying the dues of Rs 4 lakh,” says Akshay*, a relative of the COVID-19 patient.

The family later reached out to Minister KT Rama Rao and other persons in the government for their intervention. Though the patient was covered with health insurance, the hospital did not accept it, says Akshay.

Akshay’s family is not the only case. Several private hospitals are also not accepting health insurance and reimbursement through health cards. In some hospitals, the patients are asked to pay as much as Rs 10 lakh upfront as a deposit, before providing treatment.

While the Telangana government had issued a Government Order in June 2020 fixing a cap on treatment of COVID-19 patients in private hospitals, several have been found violating it. As per the GO, the price cap for a patient availing treatment at the Intensive Care Unit (ICU) with ventilator was fixed at Rs 9,000 per day excluding charges of PPE kits, CT, MRI and PET scans; Rs 7,500 for treatment in ICU without a ventilator; and Rs 4,000 for treatment in general ward.

Recently, the government had admitted that the private hospitals were fleecing the patients by exploiting the crisis. Former Health Minister Eatala Rajender said that private hospitals which were denying those with insurance and asking for a deposit before admitting a patient were wrong and in violation of the GO. However, the former Minister did not take any concrete action against the erring hospitals. Instead, he made an appeal against such illegal and inhuman practices.  “We do not want to harass them by conducting raids,” he had said.

On May 13, Minister KT Rama Rao, who is leading the COVID-19 Task Force team, had a virtual interactive session with netizens on Twitter with #AskKTR, addressing queries pertaining to the crisis. In the session, several Twitter users complained of the extortion by private hospitals. In one such instance, there was a complaint against a hospital located in Nagole, which had charged the patient Rs 23,65,000. KTR did not respond to the tweet.

TNM spoke to the son of the patient, who is unable to pay such a huge amount. They have started negotiations with the hospital management. “We do not have so much money,” says a helpless Karthik, the patient’s son.

During the first-wave of the pandemic in 2020, after public outrage, a few hospitals were barred from providing treatment to COVID-19 patients. However, now, despite numerous complaints, the government is failing to rein them in, and enforce its GO. The Telangana High Court also has taken a serious view of the issue and asked the government to issue a fresh GO fixing the cap on COVID-19 tests and treatment. The Congress has asked the government to convene a meeting with the private hospital managements and curtail the “brazen loot.”

Meanwhile, in the neighbouring state of Andhra Pradesh, the government on May 12 booked 37 hospitals for charging excessively against the prescribed limit fixed by the government.

Ninety Years Later, Bhagat Singh and His Comrades Live On in...