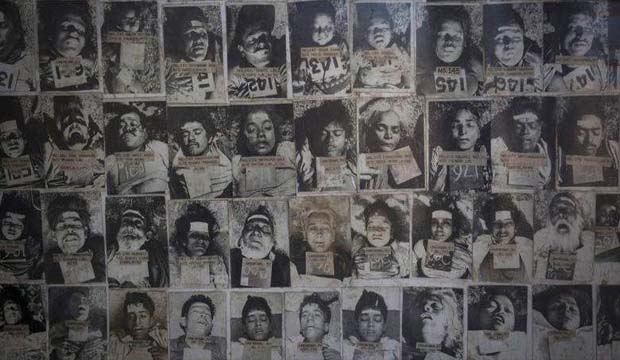 India has no dearth of technical, scientific or bureaucratic personnel to mount an effective public health framework to protect its population.

Industrial accidents occur with depressing regularity in India. In the last decade, 130 significant chemical accidents have been reported, which resulted in 259 deaths and left 563 people with major injuries, according to data collected by the National Disaster Management Authority (NDMA).

The latest one, at the Sachin Gujarat Industrial Development Corporation in Surat, occurred on January 6, 2022 due to the illegal dumping of hazardous chemical waste into a drain. Workers sleeping nearby inhaled the poisonous fumes and six of them died while another 20 people were hospitalised.

In Visakhapatnam, Andhra Pradesh, four deadly industrial accidents occurred in 2020 alone, resulting in 27 deaths and leaving many more injured. This includes the accident at the LG Polymer plant, which killed 12 people, and medical monitoring of the exposed population is yet to commence despite legal orders to do so. An unprecedented event of mass convulsions transpired in Eluru, in which over 600 persons were taken ill over a period of a few days, ostensibly due to contamination of the drinking water supply by organophosphate pesticides. How and why these pesticides found their way into the household water remains a mystery.

Thirty-seven years after the Bhopal disaster, such accidents continue to happen in a country that takes pride in touting its industrial development and aims to emulate China’s manufacturing prowess. The accidents are spread across small, medium and large enterprises in the public and private sectors, including transnational companies.

The aftermath of Bhopal saw a flurry of activity to mitigate industrial accidents, including the formulation of environmental laws, the creation of disaster management agencies, and the training of thousands of people in environmental protection. The NDMA was formed as a direct result of India’s worst industrial disaster – but there is no acknowledgement of this on the NDMA homepage, and only a cursory mention in the chemical hazards area.

The continuing occurrence of these deadly accidents begs the question: Why? India has no dearth of technical, scientific or bureaucratic personnel to mount an effective public health framework to protect its population. It has made significant strides in the areas of renewable energy, construction of public toilets to reduce open defecation, and piped water for the poor. The government has offered financial incentives to industries and launched its ‘Make in India’ campaign to encourage local manufacturing. But the money has clearly not made its way into strengthening industrial safety and occupational health protection of its labour force.

The contrast between the 2010 oil spill in the Gulf of Mexico caused by British Petroleum (BP) and the Bhopal disaster caused by the American company Union Carbide couldn’t be greater. The $20 billion fund made available to the US Government by BP has unwittingly highlighted a double-standard in the dispensation of justice for the two disasters. The Gulf oil spill, though undoubtedly ghastly, was much smaller in scale and consequences than the Bhopal tragedy and didn’t result in the loss of lives.

In Bhopal, according to official figures published by the Indian government, 3,500 people were killed outright, and the subsequent death toll was in excess of 15,000.

While there were Congressional hearings in the US to hold BP accountable for the oil spill, similar actions didn’t occur for Union Carbide’s monumental disaster in Bhopal, even though the company was cutting jobs, decreasing safety training, cutting maintenance costs and using inferior technology at Bhopal compared to a similar plant in  West Virginia.

In fact, the Indian government needed 17 years to obtain a final settlement of $470 million (around Rs 3,500 crore) on behalf of the victims – a meagre sum compared to what BP had to pay out.

The BP fund was set up without knowledge or evidence of injury or loss of human life, excluding those who were on the rig at the time of the accident. But in Bhopal, without knowing the size of the damage, e.g. the number of people who died, or without assessing the levels of disability and the effects of long-term morbidity among the survivors, the full settlement for compensation was agreed at $470 million – a verdict that many have called outrageous.

This agreement was mediated by the Indian Supreme Courts, between the Government of India and Union Carbide, and was considered by the victims to be a violation of their human rights. Several Indian senior managers at the time of the accident at the Bhopal plant received two-year prison sentences and a small fine each, prompting an outcry in India that this disaster had been treated like a minor traffic accident. As Nityanand Jayaraman has written eloquently:

“Bhopal teaches us lessons not about better technology or stricter regulation, but about a basic respect for life – of the living and the yet-to-be-born; about the primacy of life over profits; about how disasters will happen as long as some people can be called upon to pay for the lifestyles of others.”

Industrial safety is not rocket science and we do not have to reinvent the wheel for every industrial process. Time-tested strategies are available in which multiple layers of safety can be built into any process. So why does India not seem to be able to get off the never-ending wheel of industrial accidents even 37 years after Bhopal?

Political expediency and economic viability are part of the answer. However, the right of citizens to a safe workplace and clean environment can only be achieved if the imbalance of power between citizens and corporations is corrected. The International Medical Commission on Bhopal had recommended that citizen organisations be adequately represented in national and state commissions dealing with disasters; that compensation criteria should include medical, economic and social damage to victims; and that resources should be allocated for the economic and social rehabilitation of people and their communities.

If India wishes to transform itself into an economic powerhouse, it should jealously guard both its people and environment against the untoward and often deadly effects of this transformation.

What to Expect From The World’s Sixth Mass Extinction

In KK Shailaja’s exclusion, history is repeating itself in the CPI(M)