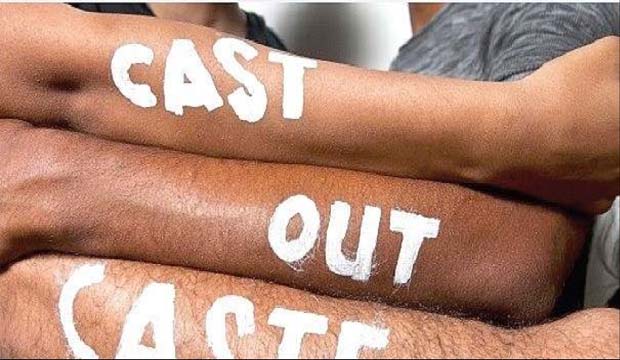 It all began on Wednesday, when residents of Ottanandhal village’s Dalit Colony celebrated their annual temple festival.

VILLUPURAM: Tension prevailed at a village near Thriuvennainallur on Saturday, as panchayat representatives made three Dalit men fall at their feet. Photos and videos of the incident went viral on social media, following which the police registered cases against both parties and arrested two caste Hindus.

It all began on Wednesday, when residents of Ottanandhal village’s Dalit Colony celebrated their annual temple festival, a local source said. They had police permission for the event, but that night, they organised a light music show, for which permission was not granted.

Ramesh, a youngster from the village, complained to the Thiruvennainallur police about this, the source added. Police then went to the village and seized the music equipment, and the next day, residents of the colony went to the police station and requested for it to be returned.

The police made them provide an undertaking, issued a warning, and returned the equipment, said a source from the Thiruvennainallur police. The locals returned to the village and began to enquire about who complained to the police. They found that it was Ramesh, and some of them allegedly scolded him. He then complained about this to the village panchayat.

During the panchayat meeting on Friday, the panchayat functionaries asked the Dalits to pay a Rs 500 fine. But some villagers also demanded an apology from those who confronted Ramesh.

The panchayat functionaries then allegedly asked the three people who came forward to pay the penalty, to fall at their feet. The trio from Dalit Colony did as they were told, and that evening, videos and photos of the incident went viral, drawing widespread condemnation.

Based on an order from district SP S Radhakrishnan, police enquired about the incident. Meanwhile, Kumaran, from Dalit Colony, complained to the police against eight caste Hindus, and alleged Ramesh scolded residents of the colony.

The police booked the eight under the SC/ST Act, and arrested two of them – Seetharaman and Gokul. Ramesh too lodged a complaint, and the police booked four identified and 50 unidentified people for threatening him. An inquiry is underway.

New Report Lifts the Veil of Fabricated Normalcy in Post-Article 370...