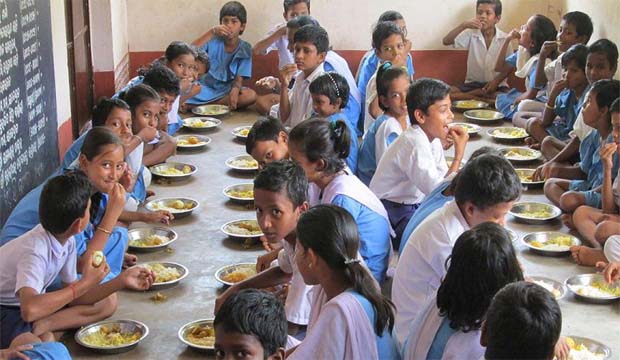 A Dalit woman has been sacked after her appointment as the cook in a government school in Uttarakhand’s Champawat district triggered a boycott of mid-day meals by upper caste students, PTI reported on Thursday. District authorities claimed that norms were flouted while appointing Sunita Devi.

Government Inter College, Sukhidhang, Principal Prem Singh did not get Devi’s appointment cleared by higher authorities, according to a state government official.

“We found during the inquiry that the principal of the college had failed to follow the norms in the appointment,” said RC Purohit, the chief education officer of Champawat district. “After this, we cancelled the appointment of the Dalit bhojanmata [cook] unanimously.”

On December 14, around 40 upper caste students stopped eating the meals, said the principal.

Soon, parents of the upper caste students supported the boycott of the mid-day meals. They alleged that Sunita Devi was given preference over a deserving candidate, Pushpa Bhatt, who happens to be a Brahmin.

The government then set up an inquiry into Sunita Devi’s appointment at the school. According to the rules, a cook is given the job only after a sub-education officer’s clearance, said the chief education officer, according to The Times of India.

Till a new cook is appointed, an upper caste woman will make the mid-day meals.

After the Dalit cook was sacked, the principal said that the students had called off their boycott and had been eating the meals cooked in the school.

He added that the authorities “found some lacuna” in Devi’s appointment. “We will again start the process for this post as per norms,” he told the Hindustan Times.

Parents of the upper caste students have hailed the decision, said Narendra Joshi, the president of the Parents Teachers Association. “We hope all norms will be followed in the appointment of bhojanmata,” he added.

However, activists and human rights groups have criticised the decision.

“This is a social evil that upper caste students boycotting the midday meal cooked by Dalit woman,” PC Tiwari, the president of the Uttarakhand Parivartan Party, told Hindustan Times. “In this case, the authorities should appoint her again and set an example.”

Anita Arya, a local activist, said such discrimination will alienate those belonging to the Scheduled Caste.

“[A] Dalit woman should be given [the] opportunity to serve as bhojanmata if she fulfils the norms and parents of upper-caste students must understand that it will strengthen [the] relationship in the society,” she added.

3 Accused Of Assaulting Muslim Man In UP Get Bail 24...