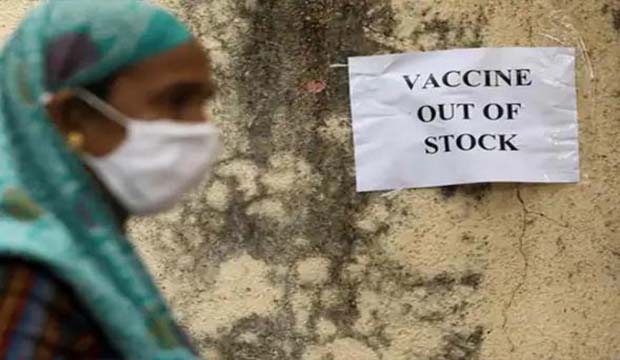 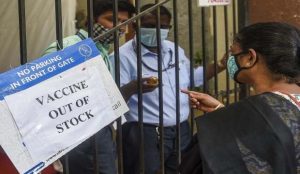 A whopping 69 lakh people, majority of them are elderly (45 years and above age group), are waiting to get their second dose of vaccination in the two states.

Due to the shortage of vaccines, Andhra Pradesh and Telangana governments have prioritised administering only the second dose of COVID-19 vaccines amid corornavirus cases rapidly rising in the two states. However, considering the slowing pace of the vaccination drive, observers point out that the full vaccination of elderly people in the age group of 45 and above might not be completed by the end of May.

Meanwhile, a whopping 69 lakh people, majority of them elderly (45 years and above age group), are waiting to get their second dose of vaccination in the two states. Further, over 24 lakh elderly people in Andhra Pradesh are reportedly yet to get their first jab of the vaccination.

The two states are administering the Covaxin and Covishield vaccines, both of which require two doses.

As the vaccine supply for the above 45 years age group is under the domain of the Centre, the Telangana government has been urging the central government for more allocation of vaccines to speed up the inoculation drive in the state.

Somesh Kumar, Chief Secretary of Telangana Government, told media persons that the Centre has allocated only 3.5 lakh vaccines for May and the shortage may continue for the next two months.

“Considering the shortage of vaccines, prioritising the administration of only the second dose of vaccine is a good move,” said Gargeya of Jan Swasth Abhiyan. However, “management lapses at the vaccination centres are causing more problems to the people,” he added.

“It is certain that people may become panicked when they do not receive their second dose of vaccine within the prescribed time. This is the reason why  there are serpentine queues at most of the vaccination centres in Telangana,” he said, adding that the slow pace of the vaccination drive will further delay in reaching the target of complete vaccination of elderly people by the end of May.

According to several reports, hundreds of people are thronging the vaccination centres in Telangana and Andhra Pradesh to get their jabs while violating physical distancing norms.

“Massive crowds at vaccination centres clearly expose the government’s failure in management. Also, the vaccination drive has also exposed the digital divide among the rural and urban population in Telangana. As the government mandated online registration for COVID-19 vaccination, people who are not finding slots in urban centres such as Hyderabad are booking slots in the rural hinterland to get their jabs in time while the rural people are being left out,” said Gargeya.

While the central government has opened vaccination registration for people in the age group of 18 to 44 since May 1, both Andhra and Telangana governments have postponed the vaccination drive for the younger age group mainly owing to shortage in vaccines.

Notably, both the state governments have announced that all individuals above 18 years will be vaccinated for free of cost. However, for this, the state government has to procure vaccines from the manufacturers directly at a much higher price than the central government.

On the other side, coronavirus infections are spreading rapidly across all districts in the two states. In the 24 hour period ending 10 AM on May 10, Andhra Pradesh reported nearly 15,000 new COVID-19 positive cases while 74 succumbed to the infection taking the state’s death toll to 8,791. There are currently 1.89 lakh active coronavirus cases in the state.

If you are infected: demystifying Covid-19 care