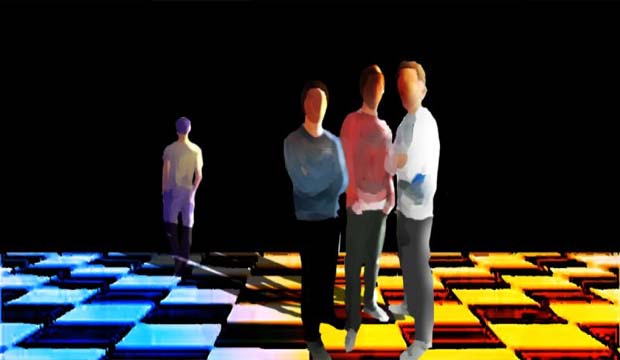 Students say that the fact that those belonging to marginalised communities have been allotted single digit scores in the 2021 PhD viva exams across different centres points to a deeper rot.

New Delhi: To be admitted into Jawaharlal Nehru University’s PhD programmes, a person must first qualify in a written entrance exam and then appear for a viva voce. The written exam is worth 70 marks while the viva has 30 marks.

Students who have scored well in their written exams have allegedly received single-digit scores in this year’s viva voce.

For example, a student from northeast India, belonging to a Scheduled Tribe community, scored 66 out of 100 in the written exam but received 5 out of 30 in the viva voce. Students have alleged that those belonging to the Scheduled Caste and ST communities have got the lowest marks in the viva exams.

The JNU administration has denied the allegations of discrimination, stating that members of the selection committee are not provided details regarding the reservation category of students and thus could not have discriminated against them. Students, on the other hand, contend the claim, saying that it is not difficult to decipher the social background of a candidate during the oral exams.

This matter was first raised on campus by the Birsa Ambedkar Phule Students’ Association.

This was tweeted on December 11 by BAPSA. Two days later, BAPSA claimed to have received hundreds of emails alleging that PhD applicants from marginalised communities had been discriminated against in the university’s viva voce, an oral examination, as per a report.

Sucheta De, former president of Jawaharlal Nehru University Students’ Union (JNUSU) while addressing a  meeting called by All India Students Association (AISA) on Wednesday, December 22, said, “Vivas are subjective in nature, thereby providing space for arbitrariness, bias and discrimination… An interviewer may judge or locate an aspirant’s social background based on their fluency in English, their place of residence, name, religion, gender and so on. All this is structural discrimination which needs structural solutions.”

While speaking at the meeting, Jeetendra Meena, a member of the executive council of Delhi University Teachers Association (DUTA) highlighted how a process of ‘reverse reservation’ works to the advantage of ‘upper’ caste candidates.

“Since the implementation of the Economically Weaker Section (EWS) reservation, 60% seats are now reserved for the 15-25% ‘upper’ castes, while the socially and educationally backward communities constituting more than 75% of the Indian population has to compete on 49.5% reserved seats,” he said.

As per a Newslaundry report, a faculty member who serves on the PhD viva panels stated that the scores given aspirants in their written and oral components are “unrelated” and should not be compared.

“The written exams test the domain knowledge of the student while the viva tests the readiness, they have for doing the PhD and their research aptitude. The 30 marks weightage for viva is there because, as we’ve seen in India, just knowing the subject domain doesn’t mean one will be able to follow the research and submit it.”

“In written exams, the questions are objective. But in vivas, candidates can express their opinions and speak about their research proposals,” said another professor of the selection panel on the condition of anonymity, noted the report. The faculty member described JNU as having a “balanced approach, as we believe everyone ought to have access to our university”.

But in a telephone interview with The Wire, Avijit Pathak, professor at the Centre for the Study of Social Systems, JNU, while highlighting the limitations of the National Testing Agency’s (NTA) written tests and this year’s short online viva exams, said that the process alienated both students and professors.

“Many times, interviews turn into arenas for power games, where instead of listening to the candidates, the panel will ask random questions to discourage or humiliate the candidate simply because you are in the position of power…If we want interviews, they must be serious and thorough, where the candidate feels that they have been at least heard or learned something irrespective of the result. Otherwise, eliminate them,” said the professor.

According to an account on LiveWire, reserved category students are referred to as ‘zero walas’ in circles of ‘upper’ caste faculty members. Students have alleged that when caste background is not immediately obvious from a last name, a viva panel will attempt to determine the caste of an interviewee through other questions.

According to a recent study, casteism is not only prevalent but also institutionalised in Indian higher educational institutions.

The JNUSU, in the last decade has been demanding that the viva weightage be reduced in PhD admission from 30% to 15%.

In 2012, the JNU administration constituted the Rajiv Bhatt committee which studied the admission data from 2007-2011, highlighting significant disparities in the viva-voce marking pattern between SC, ST and Other Backward Classes (OBC) students.

As per the 2012 report, SC and ST students scored 11-13% lower marks than the general category in the written exam since their cut-off is set low. However, in the viva-voce, where there is no such cut-off, SC and ST candidates scored 19%-20% lower than the general category. A similar pattern is also evident in the case of OBC students where the range varies from 6% in written exams to 11% in the viva.

Findings from 2012 and 2013 admissions in JNU show that only 36.7% of the general candidates received viva marks between 0-10 in comparison to 67.7% SC students, 65.8% ST students and 55.9% in case of OBC students. All these students, irrespective of the categories, scored more than 40 marks in their written examination.

In 2013, Sukhdeo Thorat’s report emphasised upon dividing the viva-voce marks into three components: namely, research proposal, domain knowledge and analytical understanding. If one were to go by the Thorat committee report, marks as low as one or two would be impractical, says the LiveWire report.

The JNU administration similarly constituted the Abul Nafee committee to investigate the matter, which submitted its report on December 23, 2016, stating the following:

“The finding of the present committee is that the data consistently indicate the pattern of difference in the written and the viva voce marks across all categories which indicates discrimination.”

It also recommended that the viva voce marks be reduced to 15 from 30 to mitigate the discriminatory pattern. The Nafey committee report came to such conclusions after deliberating upon the data from 2012 to 2015 as well as the aforementioned reports. However, none of these recommendations have been implemented to this day.

Why is JNU not implementing the Nafey committee recommendations?

In a telephonic interview with The Wire, Y.S Alone, professor at JNU’s School of Arts and Aesthetics and a member of the Nafey committee, said, “Awarding single-digit scores to candidates is atrocious on the part of the faculty.”

He said the University Grants Commission (UGC) 2016 notification making viva the sole criteria was responsible for stopping the implementation of the Nafey committee recommendations. However, JNU brought back the existing 70:30 ratio for written exams and viva-voce after exercising its autonomy under pressure from various quarters.

“Since it came from the UGC, it was deemed mandatory. However, the university can exercise its autonomy and make amendments to implement the recommendations, but this can only happen when different centres and faculty become moral and ethical,” said the professor.

Talking on this issue, Sucheta De told The Wire that the UGC must accept, acknowledge and act upon the findings of the Nafey committee at a national level.

“UGC must duly recognise the findings of the Nafey committee which was constituted by the administration of a prestigious central university like JNU. If discrimination of such sorts is happening here, then it is happening everywhere. It must act on it at a national level.”

Students too are demanding that the 2016 committee’s recommendations be implemented. They also want the vice-chancellor to make public the list of candidates called for the viva, as well as their categories and the date and time of the interview, as well as the list of faculties assigned to take the viva, an explanation of the parameters used to assign marks and the method of calculation, and the list of total marks awarded to students in the exams.

Ayesha Kidwai, professor of linguistics at JNU and the former president of JNUTA told the The Wire that the importance of qualitative written tests which used to take place in JNU before the NTA took over the entrance examinations was enormous. Kidwai said JNU easily address the concerns of the selection panel while implementing the Nafey committee recommendations.

RSS Hindutva Attack on Swamy Agnivesh I Disidisa News I 19...