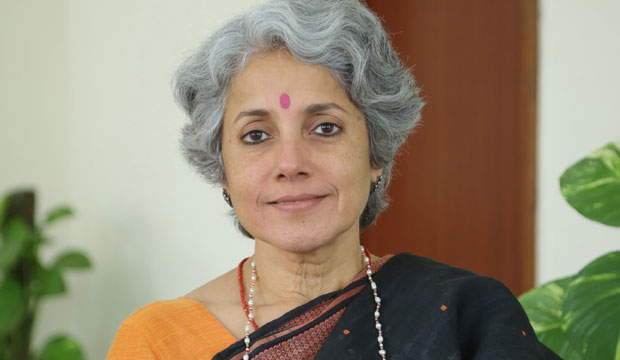 Soumya Swaminathan says people must believe rigorous processes have been followed. WHO recommends phase-3 trials should involve 20-30,000 people and could take years

New Delhi: Speaking to The Wire hours before the Indian Council for Medical Research urgently backpedalled the deadline its director general had set for the release of a fully usable coronavirus vaccine by August 15, WHO chief scientist Soumya Swaminathan cautioned that speed may be important but could not come at the cost of scientific and ethical standards.

In an interview where she was repeatedly questioned about the claim made by Dr. Balram Bhargava, DG of the ICMR, that India hopes to launch a COVID-19 vaccine “for public health use latest by 15 August 2020”, Dr Swaminathan raised serious questions about this timeline.

Swaminathan, who previously served as ICMR chief and was, in fact, Bhargava’s immediate predecessor, says that she understands that phase-1 trials of the ICMR/Bharat Biotech vaccine have not even started. She added that this vaccine cannot be given to people from August 15. She said she was sure Bhargava would clarify matters.

In a comprehensive interview to Karan Thapar for The Wire, Swaminathan repeatedly stressed that in developing a vaccine it was important to follow all the ethical and scientific guidelines. She said people needed to believe that the most rigorous processes have been fulfilled. She said the WHO recommends that phase-3 trials, often considered the most important, should involve up to 20-30,000 people. She said phase-3 could take years, although it’s possible to do it faster.

Swaminathan revealed that she has been in video contact with Bharat Biotech, who have explained their schedule for the 3-phase trials and it would seem that her understanding that phase-1 trials have not started is based upon this video communication with Bharat Biotech.

Swaminathan told The Wire that 150 different attempted vaccines are at the pre-clinical stage of testing, 17-18 are in clinical stages and one or two in phase-3. She said it will only be in early 2021, and that too if we are lucky, that a vaccine would be discovered. And that it would be the end of 2021 before a vaccine is available in sufficient volumes. She added the world still has to work out who will be the first to get the vaccine.

Swaminathan also spoke about a range of other issues. She said that it’s quite possible that the number of unreported or undetected global cases of COVID-19 could be up to 20 times greater than the officially recorded global tally which, as of today (July 4), is 11,193,565.

The truth is we simply don’t know how many cases are unreported or undetected, she said. The 11.2 million figure is the tip of the iceberg.

Expanding on a recent comment made by the director general of the WHO that “the worst is yet to come”, Swaminathan said that as yet the majority of the world’s population remains susceptible to the virus. She specifically added that over 90% people were still susceptible.

Swaminathan told The Wire she was “very concerned” by reports that suggest people of Indian origin in Britain have died in disproportionally large numbers of COVID-19. She added, “We need to understand more”. However, she pointed that this was also true of Latinxs and African Americans in the United States. She said the virus has exposed the vulnerabilities of particular groups in many countries.

Speaking specifically about hydroxychloroquine (HCQ), which the WHO believes has no therapeutic value, she said “It’s now conclusive that it has no impact on reducing deaths or sickness”. However, she said the jury is out on whether it can prevent infection. She said it would take a few months more to find out conclusively. India believes HCQ has prophylactic value and is giving it to frontline healthcare workers to protect them.

In her interview to The Wire, Swaminathan also spoke about the strategy India needs to follow now that it has almost 650,000 cases rising at over 20,000 a day. She said in addition to reducing transmission and keeping mortality low, India needs to test in large numbers and ensure good primary care so that those infected do not die. She said India also needs context specific strategies based on good data. As she put it, Bombay cannot have the same strategy as rural Chhattisgarh.

She said India has to accept that the solution will be a long term one. The virus is with us for the foreseeable future. We need to create a new normal and learn to live with it.

Speaking specifically about Indian testing levels – which are 6,913 per million compared to 116,543 for Spain and 149,071 for UK – she said that when the test positivity rate falls under 5%, India will be testing enough. At the moment it is 8.34%.

Swaminathan placed a lot stress on the need for good communication. She said it’s important for the political leadership, for technocrats and public health officials to communicate. This is why the WHO organises press conferences three times a week. In India, the ‘daily’ health ministry press conference has not been held since June 11.

In the interview to The Wire, Swaminathan also spoke about the situation in the US, Latin America, Africa, Sweden and Scandinavia. She also addressed concerns that 48.8% of COVID-19 deaths in India were of people under 60 and more than half the new cases in America are people under 35.

This 9-yr-old was humiliated by a cop, but Kerala govt doesn’t...

140 air purifiers bought for Central govt offices between 2014 and...