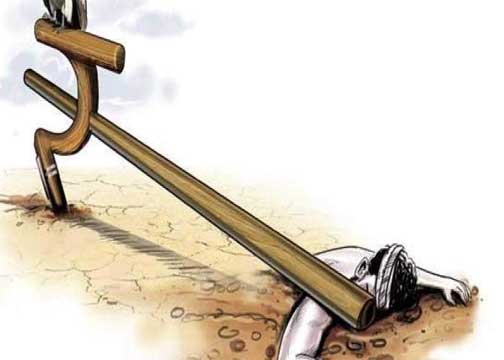 Vidarbha: The BJP has turned the poll campaign in Maharashtra into a referendum on its move to scrap Article 370 for Jammu and Kashmir, while promising a Bharat Ratna for V.D. Savarkar and aggressively playing up the Devendra Fadnavis-led government’s capital infrastructure development. But missing from the discourse is an issue that has plagued the state for nearly two decades — farmer suicides. This, despite nearly half of them occurring under the BJP-Shiv Sena watch. Between 1 January 2001 and 31 August 2019, there have been 31,523 cases of farmers ending their lives in Maharashtra due to agrarian crises and debt. A massive 44 per cent of these incidents, or 13,820 cases of farmer suicide, have taken place in the last five years — between 1 January 2015, and 31 August 2019, when the state was under a government led by the Bharatiya Janata Party (BJP) for the first time. However, as the state prepares to vote for the assembly election on 21 October, the issue has taken a backseat. While opposition leaders highlighted farmer distress in Vidarbha and Marathwada, the ballooning cases of farmer suicides did not prominently feature in their campaigns.

Dilip Rathod, a resident of Bothbodan village in Vidarbha’s Yavatmal district, said, “Some party leaders had come to campaign, but no one raised this issue. They have been saying the number of suicide cases have come down. So we are no longer an important issue for them.” Rathod’s brother Vilas Teja Rathod was one of the 28 recorded cases of farmers who ended their lives in Yavatmal district in October 2018. While the state’s political discourse has moved on, for the Rathod family, life has not been the same. Vilas Rathod’s wife struggles to keep her family and two children afloat by working as a daily wager for Rs 100 a day. Vilas was struggling to repay a debt of Rs 2 lakh to a money lender and a cooperative bank. His 80-year-old mother Miti Bai, sitting quietly in one corner of the house, told ThePrint, “He used to stay aloof, spending most of his time on the farm. When cotton and soya bean both got damaged, some because of stray pigs too, he could take it no more and took his own life.”

He is no more, but the loan remains and serves as a grim reminder of what took his life.

Numbers increase in 5 years, but with a dip every passing year
As per data from the state’s relief and rehabilitation department, there have been 13,820 cases of farmers committing suicide between 1 January 2015 and 31 August 2019, when the Devendra Fadnavis-led government was in power. However, the numbers have shown a slight dip with every passing year.

This is roughly a 72 per cent surge over the figures during the previous five years of the Congress-Nationalist Congress Party (NCP) government, when the state recorded 8,040 cases between 1 January 2010 and 31 December 2014. (The BJP-led government took over on November 1, 2014.) Government officials have on several platforms attributed the spike in numbers to deficit rainfall. Monsoon in Maharashtra has been extremely erratic for most of the past five years, with the state getting only 70.2 per cent of rainfall in 2014-15 — the first year of the Fadnavis-led government. It received 59.4 per cent in 2015-16, 94.9 per cent in in 2016-17 and 84.3 per cent in 2017-18, according to data from the Economic Survey of Maharashtra. The BJP had promised double-digit agriculture growth in its 2014 manifesto, but growth in the sector dipped from 3.1 per cent in 2017-18 to 0.4 per cent in 2018-19.

While consistent bouts of drought has been the underlying cause of a spurt in the number of farmer suicides over the last few years, some even suffered due to the sudden inundation caused by bursts of extremely heavy rainfall in parts of Maharashtra this monsoon. For instance, at 66, when most people retire, Dashrath Davle had to start farming again after his 35-year-old farmer son committed suicide. However, Davle too got caught in the same snare of farm loans, and unable to take it anymore, he consumed poison and died in September this year.

Davle’s other son, Digambar, told ThePrint, “This time, it wasn’t the drought, but the monsoon water. It damaged not just the crops, but broke him too.”

Digambar, whose family is based in the Kurzadi village of the Wardha district, added, “After my brother committed suicide, my father took charge of farming and managed for four years despite the crops getting damaged. He took loans from three banks worth Rs 4 lakh and this was a constant cause of stress.”

Farm loan waiver don’t reach all
Ajit Nawale, a leader from the Communist Party of India (Marxist) who was instrumental in organising farmers’ protests in the state over the past five years, said, “The government’s policy welfare schemes for farmers have actually been poverty alleviation schemes such as building people houses, giving them toilets, cooking gas, direct transfers and so on.  “Poverty alleviation and farm distress are two different things. Farmers don’t end their lives because they are poor, they take the unfortunate step as their debt keeps increasing because of the gap between their input and sale costs.” He added, “So while poverty is being reduced to some extent, farm distress remains as policy makers need to introduce measures to reduce farmers’ cost of production.”

After much political pressure, including from ally Shiv Sena, the Fadnavis government rolled out a farm loan waiver in June 2017. According to official figures, it has benefitted 50 lakh farmers so far. However, opposition as well as the ruling Shiv Sena bitterly criticised the policy, saying it had too many terms and conditions that kept a majority of farmers out of its ambit. Seventy-year-old Anusuya Shilik, whose husband Janglu committed suicide last year, is one such farmer with a grouse of not having benefitted under the loan waiver scheme. Shilik, who lives in Yavatmal district’s Bodhbodan village, said, “He had loans from four banks amounting to Rs 3 lakh, but was unable to repay them. The banks issued notices, but despite our applications the government has still not bothered to check on us”. Anusuya Shilik, whose husband Janglu Shilik committed suicide The Congress, NCP as well as the Shiv Sena have promised a complete loan waiver to farmers in their respective poll manifestoes.

Identity politics, not farm distress, focal point of poll campaign
During the Lok Sabha elections, Nawale said, the BJP very successfully played on topics of nationalism and patriotism and started a brand of identity politics, which benefitted the party. “The same formula is being applied to this election as well and the issue of farm distress has gone to the second place,” he said. “The opposition is trying to keep the issue relevant to some extent. Sharad Pawar’s rallies have addressed farmers’ issues. But, this has not happened as strongly as it should have because opposition parties have had to go on the defensive on the various issues of identity politics, and that became the focus.”

Congress spokesperson Sachin Sawant said the opposition raised the issue of farmers suicides in each and every rally its leaders addressed. “The numbers have shot up. Some farmers have come all the way to Mantralaya to jump in the foyer and commit suicide because of which the state government was compelled to put safety nets,” he said. “There is tremendous anger, but the BJP itself is at fault for not effectively addressing this issue in its campaign and instead peddling issues like Article 370 that are not relevant in Maharashtra.” Vishwas Pathak, a Maharashtra BJP spokesperson, said the state government has done a lot for farmers and that they have faith in the party. “We do not claim that all issues related to farmers and farmers suicides are over, but looking at the trajectory of the BJP-Shiv Sena government over the past five years and our sincere efforts in implementing schemes like Jal Yukta Shivar or giving electric connections to farmers, they have a lot of faith in us”. Davle is, however, not willing to buy either the ruling party’s or the opposition’s arguments. “It’s been months, but no one has even come to check on us. Nobody. Is there no value for a human life?” he asks. “More than the compensation we would have liked it if someone from the political parties would have even asked us if we had enough food to survive another day.”

How the Women of Bengal Carried Mamata Banerjee to Victory